What Is Rosin and Why Is It So Amazing 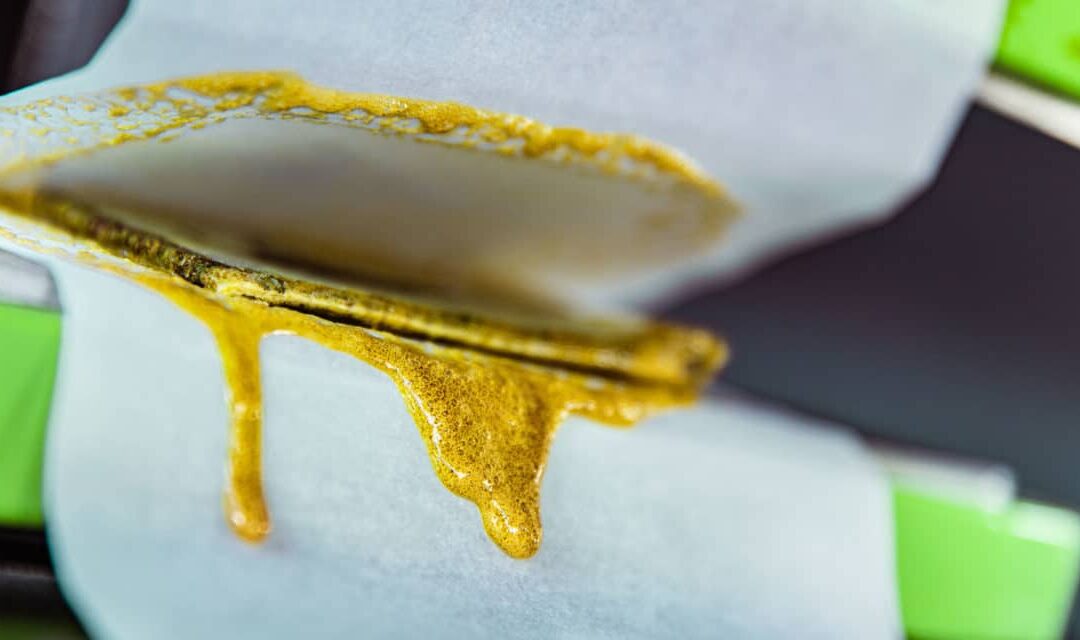 Many cannabis users out there have inevitably heard of ‘dabbing’. This is when you take the concentrated form of cannabis and vaporize it. Dabs became popular for their strong potency and how just one hit could be enough for a night.

The first wave of dab culture was very focused butane hash oil (BHO). This could be in many forms including shatter, crumble, wax, etc. To create BHO, the extractor would pass butane (or another solvent like CO2) through raw cannabis flower. This would remove the cannabinoids and terpenes and lipids from the cannabis flower and be picked up by the solvent. The solvent is then evaporated, leaving only the cannabis extract.

In recent years, SHO, solventless hash oil, has taken over the dabbing scene. This type of concentrate is referred to as “Rosin” and many have found its qualities to be the top tier in cannabis consumption. So what is rosin?…

Ok, So What Is Rosin Then?

This concentrate starts with a mixture of organic compounds (terpenes and cannabinoids) from the cannabis plant called resin. Rosin is the solid form of resin. The processing of creating rosin simply involves applying heat and pressure to the starting cannabis material. This cannabis concentrate process is considered superior to the likes of shatter, crumble, and wax because it does not involve the use of any solvents. Residual amounts of the solvent used to make BHO inevitably remain in the finished product. Smoking these solvents is not healthy so only properly prepared BHO is quality enough for consumption.

To make rosin, the starting material is placed inside fine mesh bags known as “rosin bags”. Starting material refers to either raw cannabis flower or cannabis hash. These bags are then placed into a press which applies heat and pressure until the resinous sap squishes through the fine mesh bags leaving behind plant material such as chlorophyll (which does not taste good). The result is a concentrate whose flavor profile is unmatched because of the retained terpenes and whose potency can reach upwards of 85% cannabinoids.

How do I use my Rosin?

You dab it! You can vaporize the rosin in a coil-heated pen or a heated quartz banger. The temperature of your banger should be around 300℉ to 600℉ so that the boiling points of the cannabinoids and terpenes are reached and the flavor profile is retained. Too hot of a dab will have a burnt taste.

You can also do other things with your rosin besides dabbing it. Rosin can also be used to make delicious edibles. You will still need to “decarb” your rosin to activate the THC to make the edibles work. To decarb your rosin, it will need to be heated up to 230-250 degrees Fahrenheit. This can be easily done using a pan on a stove top and heating it for about 30 min to an hour. Once the rosin stops bubbling, then it is done decarbing. Decarbing rosin using this stove top method will require you to heat up your rosin with cooking oil.

With your final product that is cooking oil and rosin heated up together, you can apply it to any foods you desire to make “medicated”.

Where do I keep my Rosin?

You’ll want to keep the rosin away from heat, too much air, light, and moisture. This can be achieved in the short term by using silicone containers (which can we found on our site). The rosin will not stick to the walls of the container, ensuring you are able to enjoy as much of your rosin as possible.