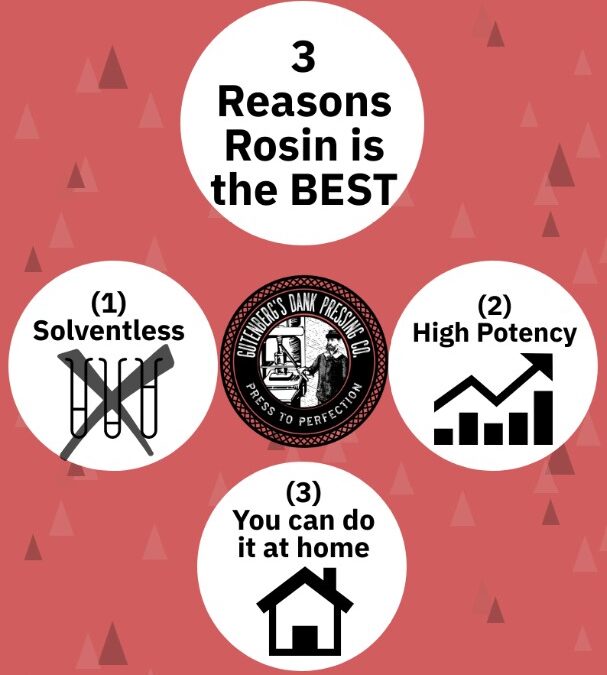 Have you heard of rosin? Rosin, within the cannabis community is a highly potent marijuana concentrate. Literally, rosin is the process of extracting THC and other cannabinoids and terpenes from either flower or hash material with the use of heat and pressure. Many cannabis connoisseurs swear by rosin and it has become more popular among the average cannabis user. Here are three (3) reasons why rosin is the best and has become popular and is therefore the best cannabis product.

One such extractor, Erik Asher, travels along the east coast teaching the average cannabis consumer how they can turn their flower or hash into rosin in the comfort of their own home. At a recent event at the Greener Institute in Hatboro, PA, Erik showed an excited crowd just the type of quality they could produce themselves. When speaking about Gutenberg’s Dank Pressing Company’s rosin bags, Erik had nothing but compliments as he noticed there were “no blowouts” and that the bags “held really well”.

Probably most important for at-home rosin pressers is that the rosin process is much safer than attempting to produce BHO. The solvents used in BHO are highly flammable and an improper setup could have disastrous results.